Does the Daily Beast Look a Little Yellower To You Lately? 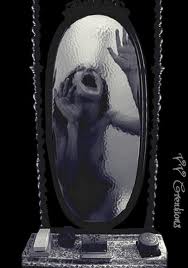 I am reminded of Lincoln in his second inaugural address wondering how some people could make their living from the suffering of others;
“It may seem strange that any men should dare to ask a just God's assistance in wringing their bread from the sweat of other men's faces…”
I frequently wondered how Barbie Nadeau, Andrea Vogt and the tabloid writers in England could live in a house that contained a single mirror while wringing their bread from the grief of two innocent people, Amanda Knox and Raffaele Sollecito. I assumed that when the truth finally came out (as it now has), that these reporters (I almost used the word journalist) who parroted unresearched and unverified prosecution smears, innuendo, rumors and lies, would come to their senses and realize that truth might save their careers. At least their careers.
I held out the least hope for the writers for the British Tabloid writers.
But now I have seen tabloid writer after tabloid writer from England come to the realization that the evidence was bad or worse, and that they had been duped, and worse, used. Several of these writers have changed the stories they write, and some did so before it would have been advantageous for them from a career standpoint. When was the last time you saw the headline “Foxy Knoxy?”  More than one of these reporters have even apologized to the families.
But not Nadeau, whose book “Angel Face,” The True Story of Amanda Knox, Student Killer” (catchy title, no?) lives or dies on Amanda’s guilt. It was written, of course during the trial, not after the trial, so Barbie most likely came to her conclusions before the trial was over. Journalistic integrity.
If Amanda is not a “student killer” then Barbie might be seen by some to have the crime reporting skills of a middle-schooler, the journalistic incorruptibility of Joseph Goebbels and the compassion of O.J. Simpson.

Today, (as dozens and dozens of DNA experts, retired FBI field agents, profilers, murder investigators, and lab staff; journalists, politicians, scientists and prosecutors have been screaming since the kangaroo trial in Perugia); the court-appointed experts convincingly and decisively deconstructed the prosecution case. (As a backhanded slap at the forensic “scientists” and the earlier court, they used real science.)
As a friend of mine recently commented, “Amanda is apparently guilty of nothing more than “stabbing” a loaf of rye bread.” Yes, the “blood” found by Patrizia Stefanoni, forensic “scientist,” was nothing more than rye bread starch. This, on a “Murder Weapon” that the coroner said could not have killed the victim. The DNA of Raffaele on the bra clasp? That of a woman. It would behoove the people of Perugia to have a forensic scientist who can tell the difference between the DNA of a woman and a man, and the difference between starch and blood. People go to jail over these kind of mistakes. Sadly, the wrong people usually do.
In a bit of journalistic gullibility not seen since Der Stern bought (and published with much ballyhoo) the “Hitler Diaries” for $7.3 million before they found out that they had been “worked” by a not-particularly-good con man, Barbie and Andrea have been “worked” by a not particularly good con-man; Giuliano Mignini, yet they seem to be irrationally reluctant to admit that the prosecutor has no clothes. I’ll be the first to admit that they are in a tough spot, albeit of their own making. What to do?
Admit your mistake and go on? Maybe. But then, ask yourself “What would O.J. do?”

O.J. might stick to the completely discredited Massei Report (the “documentation” from the earlier kangaroo court which is now being shown to be just that). Possibly referring to her WWOJD bracelet, Barbie pointed out on TV that the Massei Report is two inches thick and the DNA deconstruction report is less than an inch thick. I’m not making this up. Maybe we could decide cases in the future by weighing the prosecutor and the defense attorney; heaviest one wins.
It makes no difference that the Massei Report was completely dependent upon the DNA evidence. If the DNA evidence was starch instead of blood, and a woman’s DNA instead of a man’s DNA, then everything else falls apart. None of the other evidence (“mixed-blood,” heroin-addled witnesses-for-hire, Keystone forensics, and “accidentally destroyed” exculpatory evidence) has any basis once the DNA is gone. The rest of the report is unsubstantiated, unresearched rumor, innuendo and lies.

Don’t listen to me; listen the the dozens, if not hundreds of experts who screamed about the DNA evidence, only to be proven right today. If they were right about that, and they think “Massei” is a fraud, what do you think? In fact, the judge who prides over the appeal said on the first day after reading the Massei report, “Nothing is sure except that the victim is dead.” That in and of itself should have telegraphed to the prosecution that he believed none of it.

But Barbie and Andrea hold on by their fingernails if not to Amanda and Raffaele’s guilt, but to their careers and what’s left of their reputation. Barbie recently said that if this DNA is bad, then the DNA that convicted Rudy is also bad. Except, Barbie, that Rudy pled guilty. And his bloody fingerprints were found in Meredith’s blood on her purse, and he admits to having sex with the victim that night. The only difference is that he claims it was consensual, and not rape as she bled to death with her throat slashed.
Barbie also said, in true pedant fashion, that there is enough “circumstantial” evidence to convict both Amanda and Raffaele. Circumstantial evidence, Barbie? Do you understand the meaning of the term? There would have to be some other evidence than Amanda’s DNA in her own house, and Raffaele admitted presence in Italy on the night of the murder.
Finally, in the most disingenuous, repulsive turn I have seen so far, Barbie is apparently now building the foundation that "O.J. was acquitted, Casey Anthony was acquitted, and now Amanda Knox and Raffaele Sollecito are being acquitted.” If gullible people "buy" this, then Barbie doesn't look so stupid. The difference, of course, is that there was evidence against the other two. (Frankly, the only thing that makes me wonder if O.J. was actually innocent was Barbie’s inference that she believes that he might be guilty.) Barbie and Andrea, however, appear to be willing to cover Amanda's face with the mask of “murderer” for the rest of her life to save their own reputation. Cold-blooded. (Not Amanda; Barbie and Andrea.)
Barbie, a word of advice: Get rid of the mirrors; they never lie..
Posted by Steve Moore at 2:47 PM