At Long Last, Ms. Coulter, Have You No Sense Of Decency? 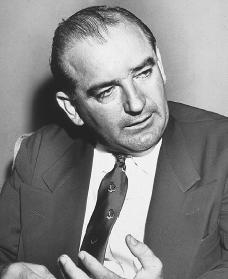